“May the Force be with you,” a phrase that has transcended generations and touched millions, was first uttered not by Luke Skywalker, Obi-Wan Kenobi or Han Solo, but an almost nameless General Dodonna after he explained the plan for the assault on the first Death Star. Okay, so I just revealed how much of a Star Wars fanboy I am… so what! There is only one time a year that I am as excited as I am right now. No, it’s not Christmas or Halloween, it’s May 4 – Star Wars Day! May the fourth, May the Force… get it? Well, if you are still with me, then you are hopefully one of the many who still pretend to turn the channels on the TV with a swish of the hand when the remote can’t be found.

Fans around the world will be celebrating this day with back to back marathons, parades, and costume contests, while some known businesses will also be joining in on this Force-filled holiday. Take a look at the extent of the Star Wars mania hitting California this year:

With their recent acquisition of Lucasfilm, Disneyland will always be home to Star Wars! So anyone in Southern California can escape to the fantasy worlds of Disneyland dressed in standard imperial attire, or you know, a Jedi robe – if that’s your thing. 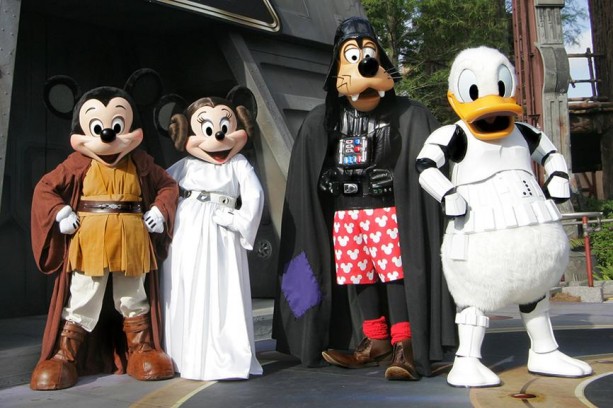 If you’re near Carlsbad, head over to LEGOLAND and behold the brick-tastic Star Wars models, including an 8-foot-across Death Star.

As Northern California was where it all started, fans can visit Yoda statues – both in the Presidio and San Anselmo. The old Letterman General Hospital is where George Lucas built the state-of-the-art special effects studio that houses Industrial Light & Magic (ILM). In front of the main building is the first statue of Master Yoda. You can find the other statue just 30 minutes north of San Francisco in the Imagination Park in San Anselmo. Of course he’s standing next to the not-so-Han-Solo statue of Indiana Jones, but that’s just semantics.

Let me know in the comments below how you’ll be celebrating this special day, and remember no matter how you celebrate May 4, greet all people the same way: May the Force be with you. Always.